The final night of Crash Safely is Friday! Are you ready for an awesome night of music and prizes for a great cause?

All hosted by Jake Jampel and D-Tension!

Up for grabs ONLY at this show: 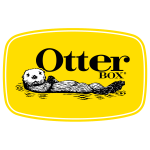 Also:  The Alex and Ani bracelet set will be auctioned off tonight! The winner of the Gibson Les Paul auction will be able to take the guitar home tonight before Township’s set!!!

The other auctions will continue through Saturday afternoon, so make sure you place your bids on:

What’s included in that prize?
A dinner cruise for two on the Odyssey (worth about $230!) and a hotel room for two at the Sheraton Boston (worth about $300!). You don’t have to use them on the same night. Also, you can give these as gifts if you happen to know someone who would really, really love these!!!

Grab your tickets and plot your winning streak at the raffle/auction table!

All of the proceed for the ticket sales, raffle, silent auction and The I Want You’s single, “Blame It On Tomorrow” go to the National MS Society.